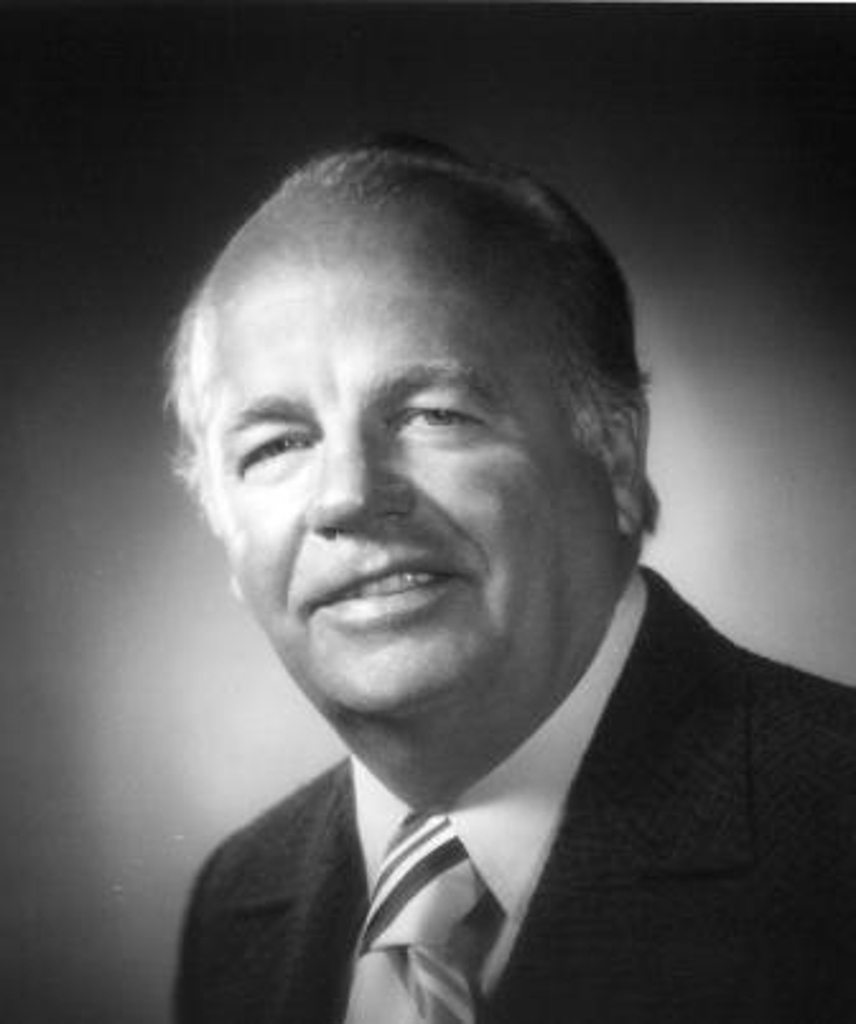 One of the greatest sportscasters of all time, Ray Scott began his career in radio in Johnstown in his native Pennsylvania in 1937.  He made his first NFL football telecasts in 1953 with the DuMont Network, and moved to CBS in 1956, where he became the voice of the Green Bay Packers during the Lombardi years.  By 1967, his inimitably terse play-by-play style had made him the network’s lead NFL announcer.  He called four Super Bowls and nine NFL title games, including the famous 1967 “Ice Bowl,” as well as virtually every major college bowl game.

But Scott did more than football.  He was also the lead announcer for the first Minnesota Twins broadcasts on WCCO Radio and WTCN TV, and called the 1965 World Series for NBC.  In addition, he broadcast NCAA and NIT college basketball championships, as well as the Masters and PGA Championship golf tournaments.